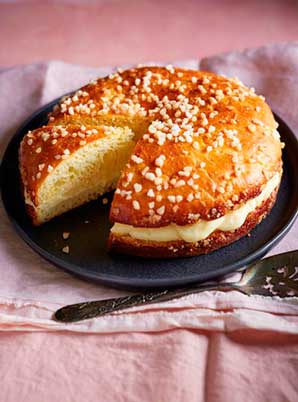 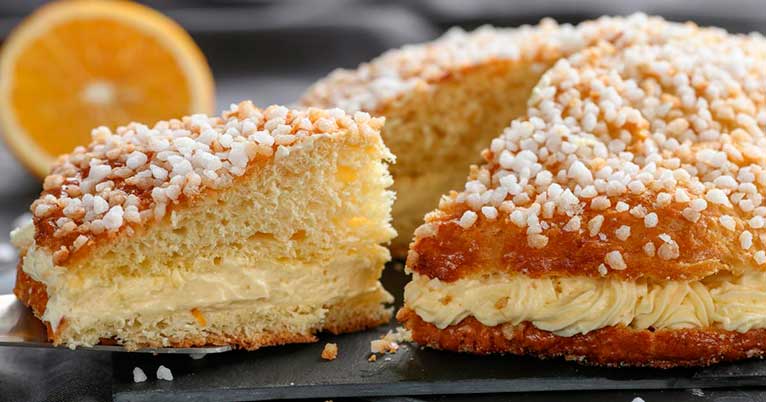 The original recipe, secretly and jealously guarded, was invented by the pastry chef Alexandre Micka in 1955 inspired by a dessert that his grandmother prepared, and it quickly became one of the best-selling products in his pastry shop in Saint Tropez. The inimitable taste of this dessert also conquered one of the most fascinating actresses of cinema: Brigitte Bardot, who had the opportunity to taste it in 1956 during the filming of "And God Created Woman" shot right in Saint Tropez near Micka's workshop. It seems that it was the same diva to give the name to this cake, thus the legend of the Tarte Tropeziénne was born, which became a symbol of the lightheartedness that characterizes the sweet life of this city. Even if the recipe is top secret, we have tried to reproduce this delight, stuffing it with a simpler version of the chiboust cream. Follow our method and amaze your guests with a refined and delicious dessert!

How to prepare the Tarte Tropézienne

To make the Tarte Tropeziénne, start with the yeast: in a bowl, place the sifted flour, the yeast, and milk. Mix the ingredients by hand until a soft consistency is obtained. Place it in a bowl and get it under the plastic wrap, and let it expand for an hour in a warm place like a turned-off oven.

After the rest, place the yeast in the mixer, add the whole egg and operate the machine, then add the milk, the flour sifted a little at a time, salt, and sugar. When you see that all the ingredients are absorbed, add the butter after softening it, one piece at a time, waiting for it to be absorbed before adding another piece, continue to knead until all the ingredients have blended together.

Transfer the dough onto a floured pastry board, give it a spherical shape, place it in a bowl, wrap it with plastic, and give it 2 hours at room temperature to expand. Then put it in the refrigerator to rise for 12 hours. In the meantime, take care of the cream: extract the seeds from the vanilla bean and infuse both the seeds and the berry in the hot milk for about half an hour, and let the milk cool after that. Soften the gelatin sheets by placing them in cold water for 10 minutes.

Meanwhile, whisk the sugar and the yolks with a whisk and then add the sifted flour. Extract the vanilla bean that's left to infuse in the cooled milk.

Pour the milk into the mixture of yolks and flour, transfer it to a saucepan, and put it on the fire. Let the cream thicken over low heat while mixing it with a whisk; when the cream is thick, add the softened and well-squeezed gelatin, mix to dissolve it in the cream. Turn off the heat and transfer the cream to a bowl, cover it, and let it cool at room temperature and then place it in the refrigerator.

Meanwhile, whip the cream and when it is half-done, add the icing sugar, and continue to whisk for about 1 minute. Add the whipped cream, stirring gently with a spatula. Transfer everything to a bowl, cover with plastic wrap, and keep the cream in the refrigerator.

Take the rested dough again, let it soak at room temperature for a couple of hours before working it. Place the dough on a floured pastry board, knead it to give it a spherical shape, then take a sheet of parchment paper and draw the form of a disc, spread the dough on the template, and flatten it slightly. Transfer the disc to a dripping pan, wrap it with plastic and let it rise for another hour.

After the necessary time, take the disc, brush the surface with the egg whites and cover it with granulated sugar. Bake the Tarte Tropezienne in a static oven preheated to 320F for 50 minutes (in a convection oven at 280F for 40 minutes), if it becomes too dark during cooking, cover it with aluminum foil. When cooked, take it out of the oven and let it cool completely on a wire rack. Once cooled, cut it in half and fill it with the cream. Tarte Tropeziénne is ready to be enjoyed!

Store the Tarte Tropeziénne in the refrigerator for a few days. You can separately store the cream in the fridge and the base under a glass bell jar for a couple of days. The dough can be frozen before rising in the refrigerator.

With processed egg whites, you can make delicious meringues, angel cakes, or even egg whites omelets.

Vegetarian Sushi — Everybody Can Enjoy Them! 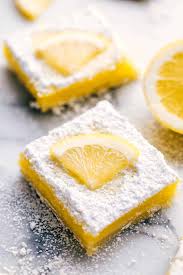