Easter cakes: the chocolate egg and the dove! What satisfaction it is to prepare them yourself! Use our recipe to impress everyone around you!

Easter cakes: the chocolate egg and the dove! What satisfaction it is to prepare them yourself! Use our recipe to impress everyone around you! 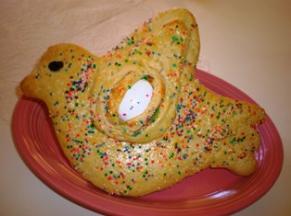 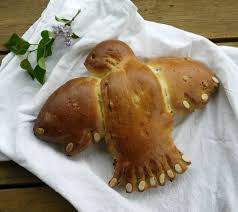 The desserts that enrich the tables of the Italians, during Easter are manifold: from North to South, the Bel Paese boasts of many regional recipes. But there are two main meals shared during these festive days, and they are the sweetest Easter cakes: the chocolate egg and the dove! What satisfaction it is to prepare them yourself!

Today we want to suggest you step by step how to make your homemade dove, with all its genuine taste and the fragrance of a handmade product. The origin of this symbolic meal is linked to many legends, one of them is placed in the first half of the 6th century: during the siege of Pavia by King Alboin, he was seen offering an old merchant a sweet shaped dove as a sign of peace. Recent history and perhaps the most realistic version, observes in the early twentieth century a well-known Milanese company coming up with a cake similar to panettone, to enrich the Easter menus: this is how the dove as we know it today was born.

A soft cake with caramelized fruit and a crunchy coating of icing and almonds. We also make it with chocolate! We are sure that not even a slice will be leftover, but if it does happen, you can always use the dove for recovery desserts as a tasty cake, tiramisu, or a delicious semifreddo! And if you want to impress your guests for Easter lunch, also prepare the savory version!

Ingredients for the first mixture:

For the second mixture:

For the third mixture:

To prepare the Easter dove, start handling the first mixture: pour the flour, the dehydrated yeast into a bowl and, blending with a spatula or whisk, add the milk first and then the water. Always at room temperature!

Once you have obtained a smooth and highly hydrated mixture, cover it with plastic wrap and place it in the oven when it is turned off only with the light on, for about 2 hours, until it has doubled in volume. The ideal temperature for this rise would be between 80 and 86F.

Once the first dough has risen, transfer it to a bowl and add sugar. Incorporate the flour little by little, only when it is perfectly absorbed will you be able to add the soft butter, always a small amount at a time. Continue until it is tight, then transfer it to a work surface and, using a tarot, work it for a few moments. Finally, give the dough a spherical shape and transfer it into a glass bowl, always covering it with wrapping. Let it rise again, in the oven turned off only with the light on or, in any case, at a temperature between 80 and 86F for at least an hour and a half, or until it has doubled its volume again.

After that, put the raisins to soak in cold water for at least ten minutes. In the meantime, take care of the third dough: pour the second mixture into the bowl of the mixer and add sugar.

Moderate speed and when the sugar has been completely absorbed, add the flour little by little and let them turn into one. Then slowly add the eggs and salt.

Add the soft butter slowly, waiting for it to be absorbed before adding another piece. Then give it flavor with the seeds of a vanilla bean and the caramelized orange.

At this point, also drain the raisins, using the back of a spoon to press it carefully and incorporate it into the dough. Work it again until it is tight, in total, it will take about 20 minutes.

Transfer the dough to a lightly floured surface, gently flatten it, and give it some reinforcement folds, bringing the outer edges of the dough inward.

Once the reinforcement folds are given, give the dough a spherical shape and transfer it to a glass bowl, cover with the transparent wrap, and leave it in the fridge to expand (or better "ripen") for 16 hours. It is normal for the dough not to grow or double in volume during this time. After 16 hours, take it out of the fridge and put it in the oven with the light on for about 2-3 hours (the temperature must be between 75 and 80F).

Forming and Cooking the Colomba

At the end of this last phase, transfer the dough onto a pastry board: it will be rather hydrated. If necessary, during these phases of hand processing, lightly flour your hands to work it, without adding too much flour to avoid making the dough too hard. Gently spread it with your hands. Divide the dough into two parts: one for the wings and one for the body of the dove. Roll that last part, so as to form a loaf and place it in the longest part of the mold. Take the remaining dough, split it in half and roll the first part, and then the other, as previously done, and place them in the space dedicated to the wings of the dove. Let it rise for 3 and a half hours until it almost reaches the edge; you can always leave it in the oven turned off with the light on. While the dove is rising, you can take care of the icing: pour the peeled almonds and hazelnuts into a mixer, add the brown sugar, and blend everything.

Transfer the mixture to the mixer bowl, add the fioretto flour, corn starch, egg whites, and mix for a few minutes. Once you have obtained a consistent glaze, sprinkle it on the surface of the dove, which in the meantime, will have rested.

Garnish with almonds, granulated sugar, and sliced almonds (if you cannot find them, you can omit them). Bake the dove in a preheated oven at 320F for 50-55 minutes (for this recipe, it is preferable to avoid cooking in a fan oven that would dry out the dough too much); to ensure that the dove is cooked, you can always test it with the toothpick. Once out of the oven, insert long steel skewers along the entire length of the dove (so as to spear both a wing and the body of the dove at the same time) and place it upside down, suspended on supports (we used two pots), and let it cool. It will ensure that the dove does not collapse in the center when it cools. Once cold, take out the steel skewers and serve your Easter dove!

Keep the dove closed for 2-3 days in a food bag. Freezing is not recommended.

Instead of raisins and oranges, you can use chocolate chips, or other types of candied fruit, such as cedar or lemon, always in the same quantities. If you prefer a sweeter dough, you can reduce the dose of salt.

Fioretto corn flour is used in the glaze to have a "rustic" effect. Rice flour, coconut flour, or the like can be used instead. The use of standard flour is not recommended as a first option, but in the absence of everything else, it can be used. Starches, on the other hand, have a different result than flour. If you use those, it is recommended to decrease the quantity and increase the amount of dried fruit.